Four months in to 2018 and it’s shaping up to be a pretty good year for me. I’ve ran a marathon, been promoted at work, and learned to snowboard. But most importantly, I’ve challenged myself and been surprised at what I can actually achieve.

Before I ran my marathon (you can read about that here, and I promise I’ll stop talking about it soon*) the question I was asked most was, “Why?” which was then followed by, “You’d never get me doing that.” For me, there were so many reasons why. I was able to raise money for a great cause, I wanted to feel like I’d achieved something, it would be a story to tell, and after running a few half marathons it seemed like an obvious next step, and it was a new challenge.

To the people that told me “I’d rather stay in and watch telly than go out and train,” why? That’s the easy option, but what is that going to achieve? It’s not going to be a great story to tell, and it’s not going to make you feel like you’ve pushed yourself to do something extra. Why were you so scared of a challenge?

Of course, running isn’t for everyone, and I don’t expect everyone to go out and run a marathon. But there’s so many other ways to challenge yourself. If you like the thought of getting fit, maybe you could go and run your first 5k? Maybe you want to lose some weight? Maybe there’s a new career you want to push yourself to go for? As I mentioned before, I’ve also challenged myself this year to go for a promotion at work, which meant doing an interview which was completely out of my comfort zone, and went on a course to learn to snowboard, which was completely terrifying and panic-inducing.

The challenges I’ve set myself this year have also been incredibly rewarding and I’ve really surprised myself. I can now say “I’ve ran a marathon,” I’ve really pushed myself at work and I’m looking forward to the rest of my career, and I’ve learnt a new skill which means my boyfriend and I are now planning snowboarding holidays together. 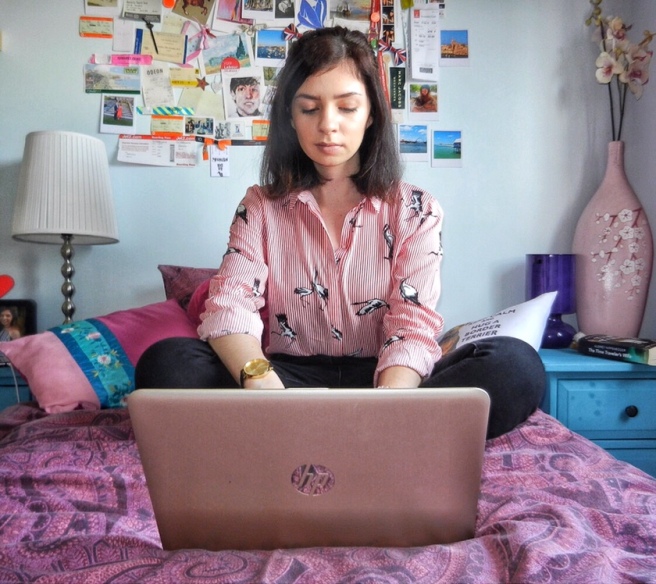 I’ve already got more goals I want to achieve in the future and I want everyone to think about the challenges they could set themselves. It might seem like a small thing but as long as you’re pushing yourself out of your comfort zone you’ll really be surprised at what you can do.

View all posts by Rebecca

2 thoughts on “The Importance of Being Challenged”